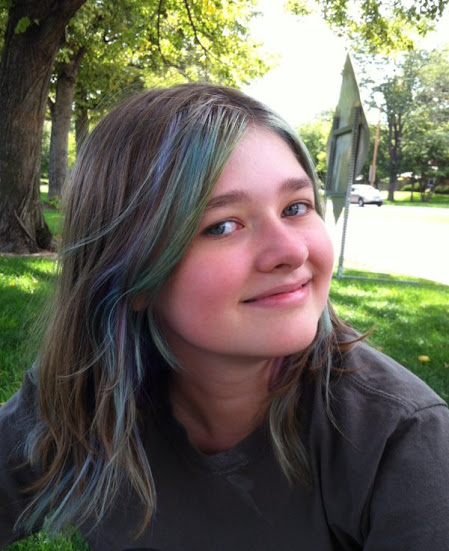 Hopefully we will be seeing more and more of guest: N to the point she will have a regular “column” with clever name and logo and everything. This would be a really good thing. It is always good to see her and it was a pleasant surprise when she sent me the file for today’s post.

It is Banned Books Week and just so happens N picks up an already read copy of Fly By Night by Frances Hardinge. Okay, so it isn’t really happenstance, because if you’ve read Fly By Night you probably lack surprise that a conversation on censoring people’s reading material would bring this particular book to mind. The young heroine Mosca Mye’s father was sent into exile for writing dangerous material. Printing presses are illegal and if the printed word (no matter what the surface) does not have a seal of approval by the Stationers Guild, well, bad things can and will happen. So N doesn’t speak to this aspect of Mosca’s adventure, but offers a recommendation that should tempt you to give Fly By Night a go in celebration of Banned Books Week or any other week hereafter. ~L

Maybe if Mosca Mye had been born on the day of Goodman Boniface and had been a child of the sun instead of the flies, maybe if her eyes had not turned as black as hot pepper, maybe if her father had not been Quilliam Mye the outcast from Mandelion who wrote dangerous books, maybe she would not have met Eponymous Clent.

As luck would have it for us readers, the book certainly begins with a determined Mosca Mye, having set her uncle’s barn on fire, encountering the singular Eponymous Clent, a very eloquent man whose abilities with words get him out of trouble–and occasionally into it. This time his talents land him an unruly secretary and her dangerous goose as they escape the flooding town of Chough and head towards the city of Mandelion. While Mosca had accompanied Clent for something new, she could never have prepared for the adventure that followed. Warring cities, hidden plots, conspiracy, an illegal printing press, the destructive bird-catchers and the sinister locksmiths challenge Mosca and Eponymous to decide who they should work for and whose lies should they believe.

This is a beautifully written story that grows on you the more you read it. Frances Hardinge applies her limitless imagination through fantastic descriptions, wonderful (and sometimes dreaded) characters, captivating dialogue, and a plot that will come at you from every direction and surprise you constantly. She continuously keeps her characters and situations believable, yet new and refreshing at the same time. The time and location it is set in is unbelievable, and it is always something I admire of her when I read Frances Hardinge’s books. In this case, you emerge from a flooded city into a fanciful land of teahouse boats that are pulled along by kites, small marriage houses, chapels full of beloved idols, towers far off, and rowdy bars. Hardinge’s funky, creative style shows in this masterpiece. Even her chapter titles reflect this, starting with A is for Arson and ending with V is for Verdict.

This book is a world filled with thieves, liars, dukes, duchesses, saints, good intent, mal intent, deviousness on both sides in general, wordsmiths, conspiracies, danger, and banned literature! I think I may be drooling.

Anyone who loves mystery, suspense, action, adventure and just reading in general should gravitate to this. Being an avid reader is suggested. Suggested ages are 10 and up.

Fly by Night by Frances Hardinge

In which L makes nice comments about Fly By Night without actually “reviewing” it.

N on Well Witched aka Verdigris Deep, her “review “

yeah, we’re fans.. how could you tell?