I will wrap up what turned out to be a week in movies with two anime that Sean and I recently found Streaming on Netflix: Eden of the East: 1 (2009) and Appleseed (2004). Both of these were found via “related” or “recommendation” in connection to Fullmetal Alchemist: Brotherhood (which we highly recommend); then there is the Ghost in the Shell connections. 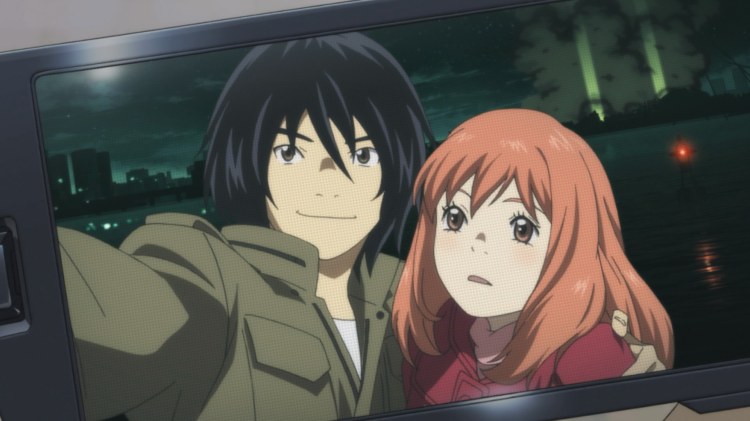 Eden of the East: The King of Eden. Saki has Akira Takizawa’s special cell phone, the only thing left after he disappeared; that and assurance that she would know where to find him. But someone doesn’t want Saki to find Takizawa and she finds herself in trouble upon her visit to New York City. Takizawa appears and comes to her rescue, coincidentally–because his memory has been wiped. He and Saki try to figure out why and by whom and what should they do next while back in Japan, the company she works for East of Eden are doing what they can to learn about and protect Takizawa who has become a folk hero for the young people of Japan. It all has to do with some non-fatal missile attack months before–and a group of other special cell phone users numbered 1-12 who are part of some game, who are all referred to as saviors of Japan in their own individual ways. This last part fascinates me the most and I look forward to watching more of this story.

While it quickly became apparent that we were thrown into the middle of a series, with some patience we could pick up on enough of what was going on, but the films are by no means meant to stand alone. We should have read the plot summary of the television series before going in. So check out the Wiki plot section before watching this film (or hunt down the tv series), because I recommend watching East of Eden: The King of Eden regardless of having the beginning and real ending. Why? No, not so you might share in our sufferings. It is because the animation is just that good. It is gorgeous. I really loved the way it was put together, the composition and sequences and the painstaking rendering of the cityscape. The characters are greate, the story is compelling, and I am completely intrigued.

Note:There is some criticism that should tantalize most of you, an accusation that this series reads straight from a Robert Ludlum (of Bourne series) novel. One you could watch with your middle-graders and up (can vouch for the film at least). 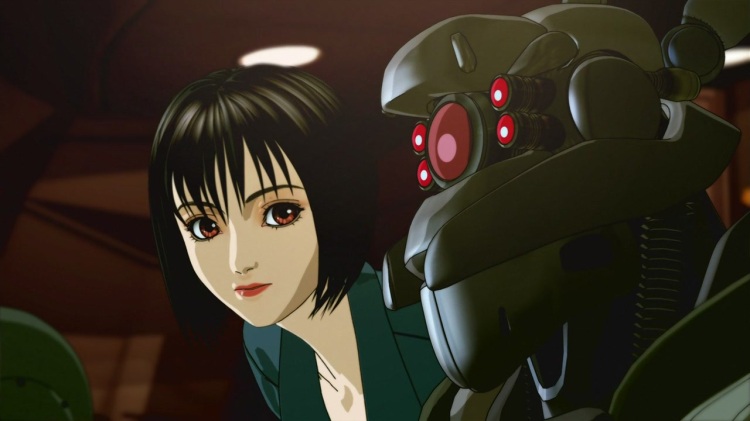 Appleseed (2004) directed by Shinji Aramaki is a science fiction anime based on the Appleseed manga created by Masamune Shirow. I believe there was a series created off the manga, but the film’s storyline is its own. The computer generated animation gives this film a different feel, obviously, but it’s animation was no less stunning.

Deunen is a soldier in a post-apocalyptic landscape still at war when she is “captured” and taken to a Utopia called Olympus. (yes, the names of some of the characters are ripped straight out of Greek Myth.) Olympus is a beautiful and well-developed city populated with equal parts human and bioroid (think replicant). Deunen had no idea this place existed. But the Utopia has some political unrest regarding fear of the bioroids and their capabilities, especially if their reproductive systems were re-enabled–as it is, their disablement keeps them in check emotionally and interferes with their life-spans. Deunen holds some key to the quandary that has arisen, but in what way could she possibly?

Besides the enjoyable animation employed, Appleseed is a nice little science-fiction, especially for those who enjoy exploring the ideas of identity, emotion, and android (bioroid). Along with the intrigue and philosophical musing is plenty of action involving heavily machine warriors; and the elders remind me a bit of Yoda.

The overall response to the bioroid is a fascinating turn in Appleseed. Traditional (American) fears and paranoia are turned on their little heads a bit. I think the film asks a valid question. Considering how destructive human beings can be, why shouldn’t they step aside for the benefit of a different and better race? –and how different and better are they?–and why can’t we just all get along?!

Anyway. Check this one out and add it to your repertoire of animated film.

Note: 1) an apology, all the trailers were a bit cheesy. 2) there is a sequel Appleseed Ex Machina (2007), which I have yet to see, but has some promise. Just the same, Appleseed does not end on a cliff-hanger, so one needn’t panic there. 3) IMDb shows MPAA’s rating at R for the violence; you may want to screen this first, before your middle-grade and up crowd as there is war zone violence to include some flinch-inducing bloody images/sequences. We now know when to cover N’s eyes, if we were to get around to watching this one together.

10 thoughts on “Eden of the East and Appleseed”